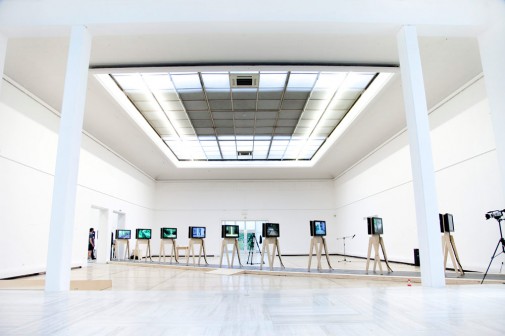 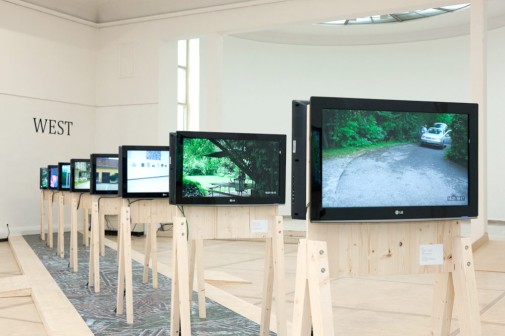 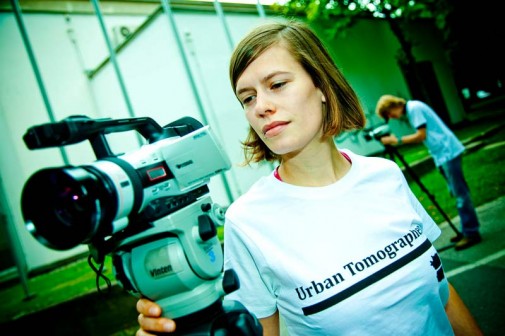 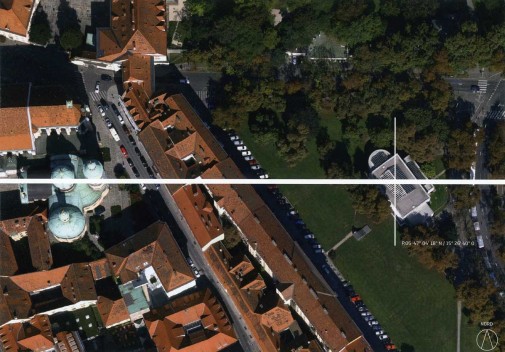 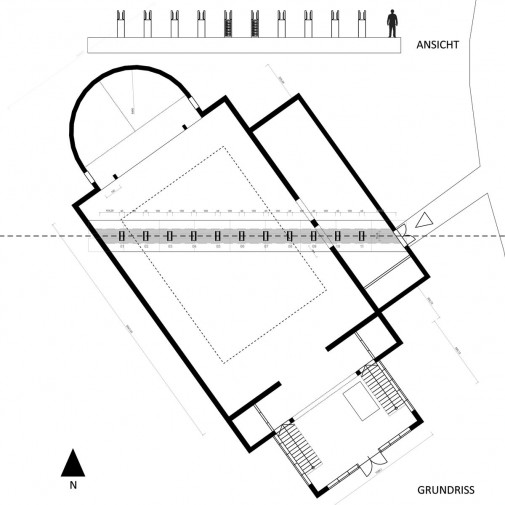 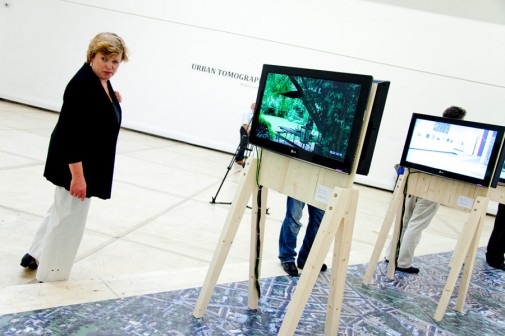 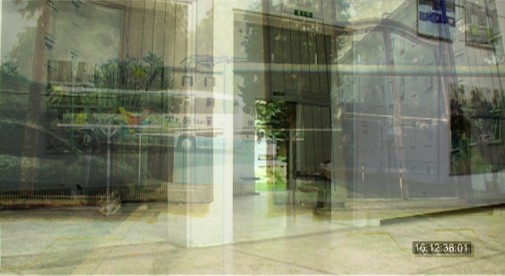 Based on the previous line project ISTNABUL on LINE (2007), a line-walking project along a 26 km long straight line across Istanbul “ made as an exchange student in Istanbul (Turkey) for the need of exploring boarders and dimensions of the city “ and the further development of the line concept (as a tool to analyze public spaces) in form of a video-installation project for the 5th International Student Triennial 2010 in Istanbul, in August 2010 the concept of a simultaneous city portrait could be realized firstly in a bigger scale in Graz.

Graz Exhibition
The project Urban Tomography shows a digital portrait of the city of Graz, recorded through the method of a cross-section and displayed as a video installation in the Künstlerhaus Graz. The concept intends to create a ,space-time compression of an urban space at one single point‘. Along a straight line across Graz, on every kilometer videos are simultaneously recorded within one day. This videos will be displayed on a collection of monitors at the central position of the line “ the Künstlerhaus Graz. The line of 10 km corresponds to the actually East-West extension of the city. The axis is north located by the points Künstlerhaus and Dommausoleum (,Stadtkrone (crown) of Graz‘). A section of the public space is transferred by sound and image into the exhibition space. The confrontation of ‚micro and macro‘ or rather ‚milieu and large scale‘ results in an audiovisual simultaneously city portrait ,at the same moment of time‘.

Film Trip: On the 30th July 2010 from 4.00 “ 5.15 p.m. by help of 22 urban tomographers (camera people) and 22 video cameras a precise and simultaneous recording could be realized, which created a a linear representation of the 10 km line across Graz in the exhibition space. For the visitor the installation make visible a fundamentally element of that what city is, the simultaneity and its numerous parallel activities which are happening in the city every second.