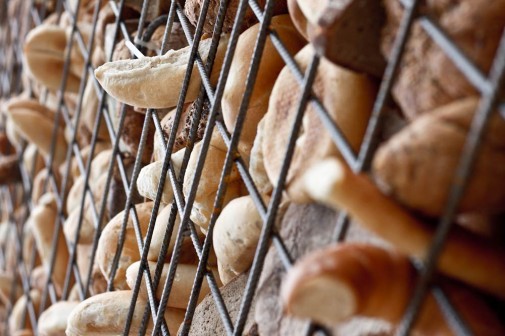 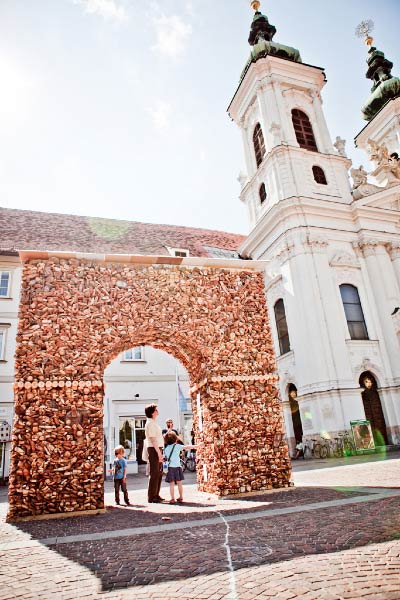 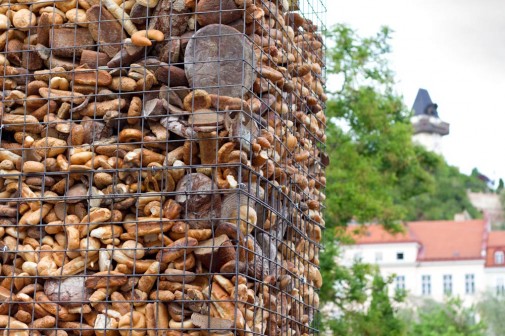 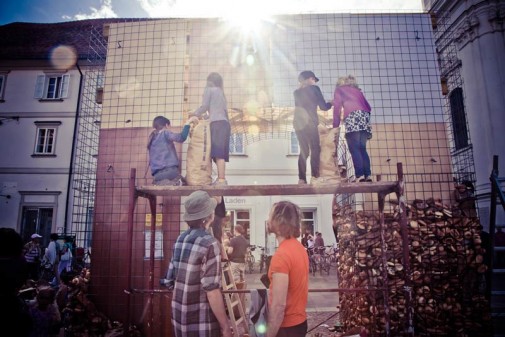 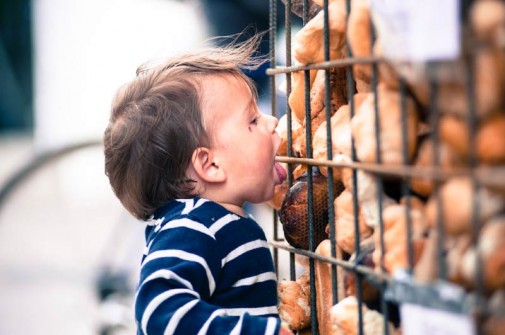 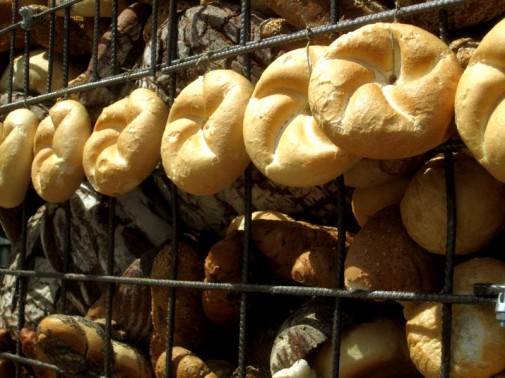 In our culture bread is a symbol for safeguarding the basic existence. The consumer society lives by the idea that resources are available indefinitely. The industrialized world consumes more than it needs and less than it buys. In Austria, a country with about 8 million inhabitants, annually 170,000 tons of enjoyable food end up in the trash, 70,000 tons of it is bread. For the production, transport and disposal of goods and foods, large amounts of resources are required. To waste these raises questions about consumer behavior. Just the amount of wasted food in Europe could feed twice the hungry of the world. A new balance between economy and ecology is necessary.

The “Arc de Triomphe”, which was realized in the context of “street gallery – Lendwirbel Festival 2012” in Graz (AT), accounts a global capitalist system that has passed the zenith of infinite growth. The “Arc de Triomphe” enlightens a dark aspect of our behaviorÂ  “ waste production.

Triumphal arches are a sign of victory and monuments of glorious epochs. To devote a triumphal arch to the consumer society is to pay homage to what it is: an affluent society at the expense of our environment and of other people, who suffer daily to run the system. Do we want to continue our current approach and risk the symbiosis of organisms and ecosystems? Can we change stuck patterns of behavior and establish new forms of organization? We are the key. If we change ourselves, we can change the system.

The 4.75 m high, 1.50 m wide and 5.00 m long form of the “Arc de Triomphe” contains a volume of 20,19 cubic meters and is made of a metal grids and a wooden substructure including weights of concrete. The capacity of 8.65 cubic meters – about 2.5 tons “ of dry waste bread was collected over a period of five weeks in small quantities from bakeries, supermarkets and waste containers. Neither charitable nor recycling circles were disturbed. At the opening a discussion was held with representatives from local bakeries, waste institutions, charities and gastronomy. At the end the old bread was handed over to a biogas plant and transformed into electricity.

The project was recently awarded with the “Environmental Award of the City of Graz “.