Markus Jeschaunig is part of the transdisciplinary “team.breathe.austria”, who won the competition and implemented the Austrian Pavilion at the EXPO 2015 in Milan. 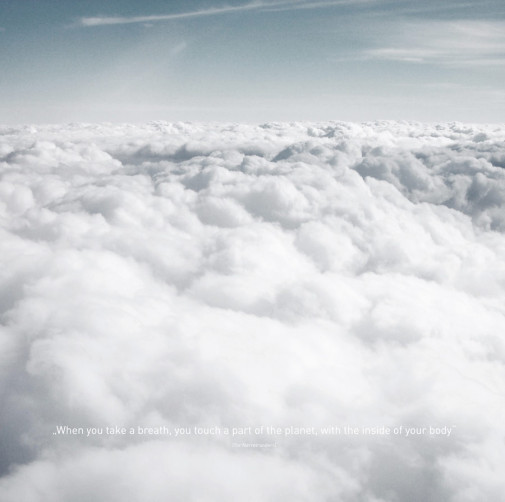 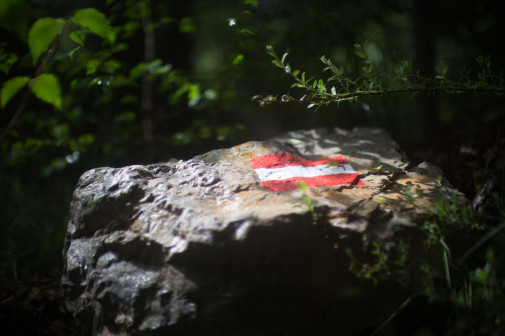 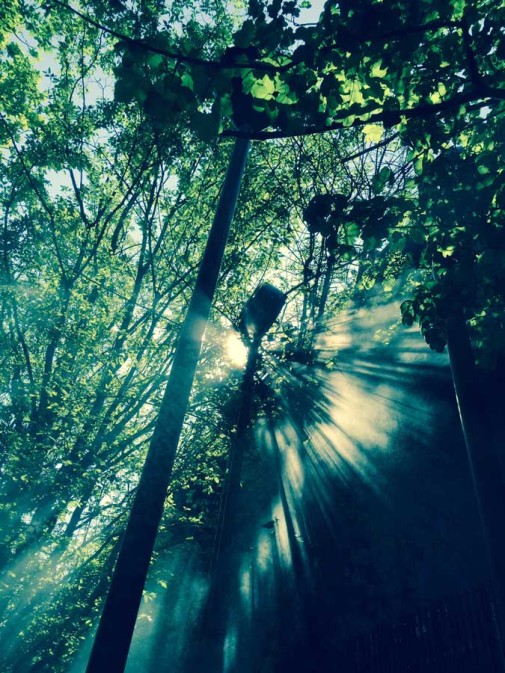 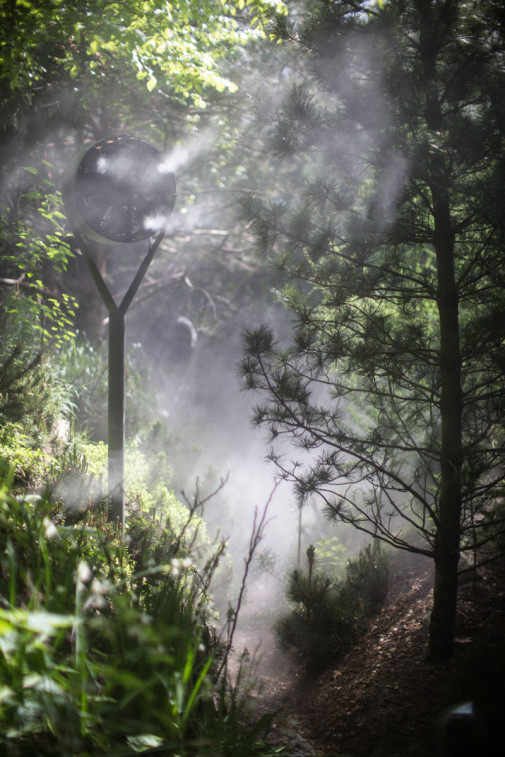 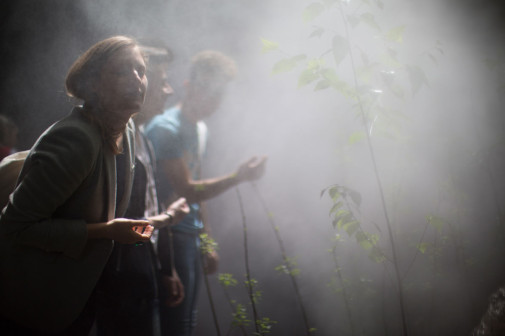 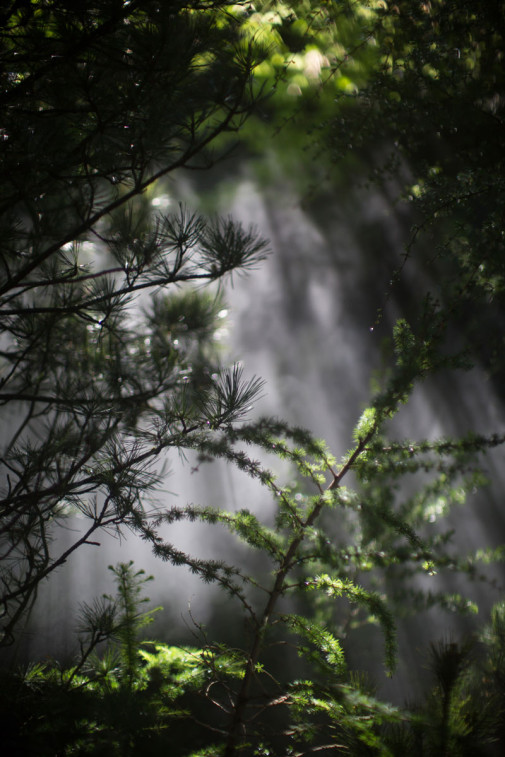 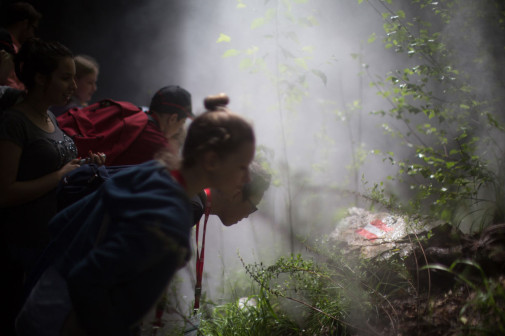 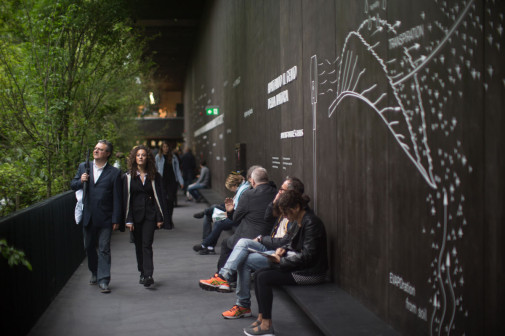 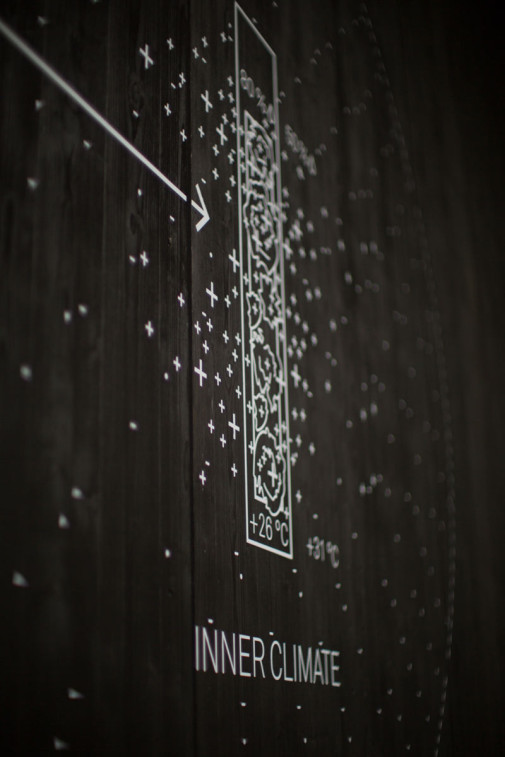 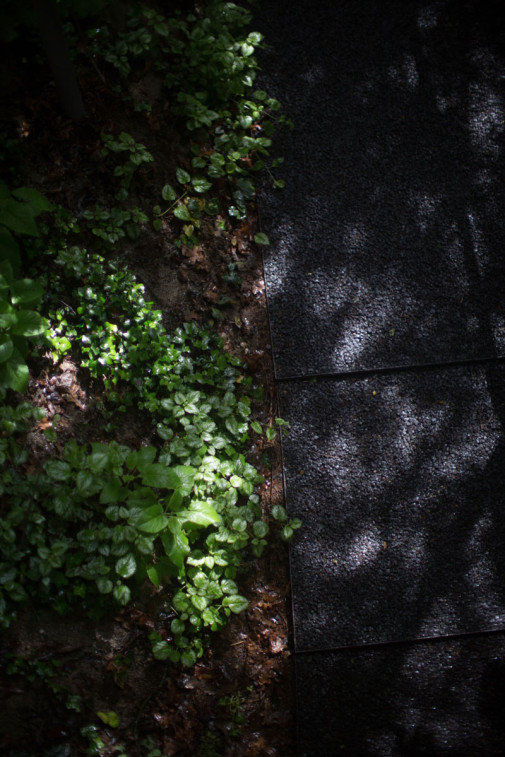 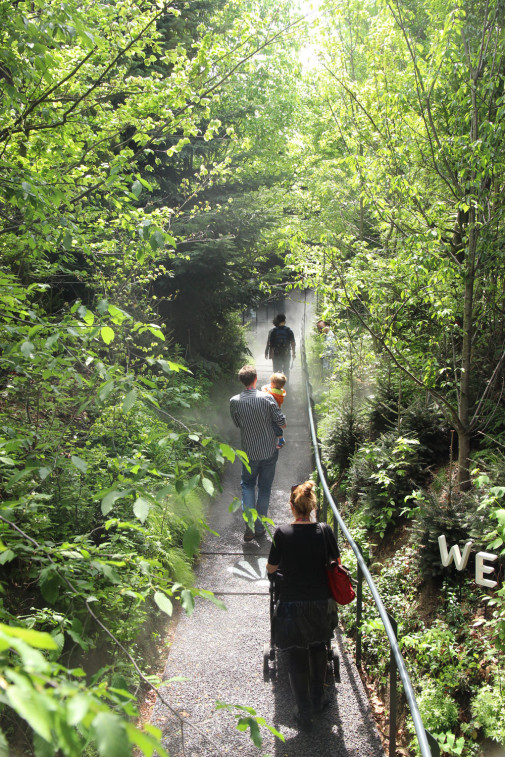 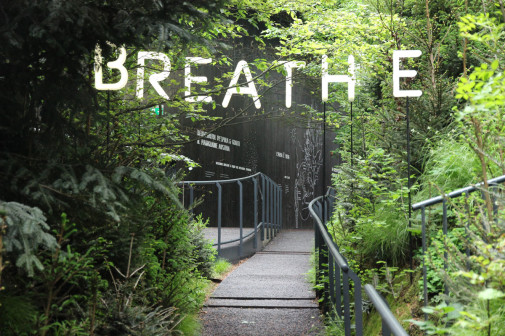 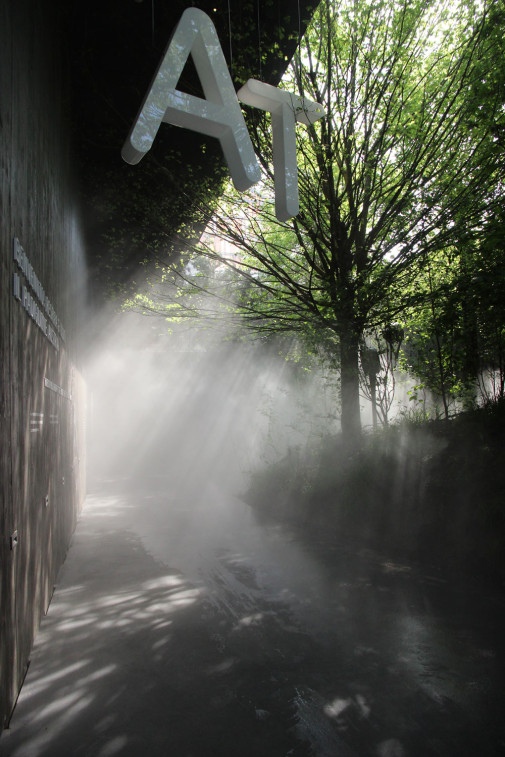 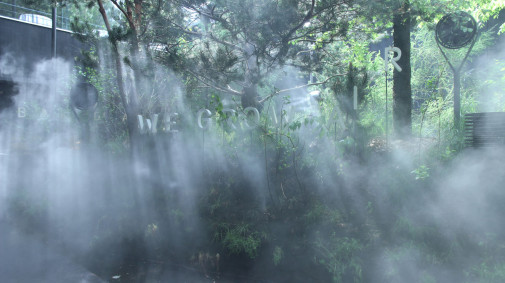 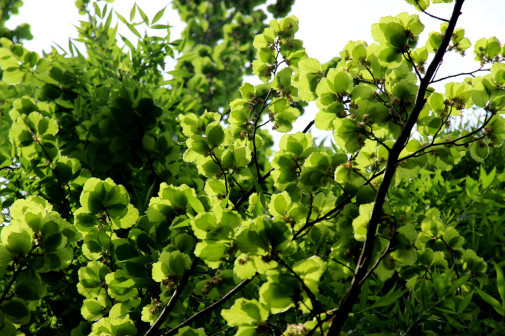 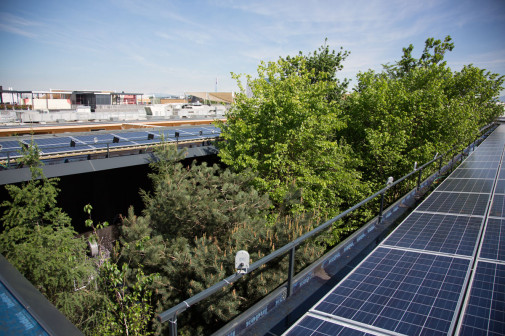 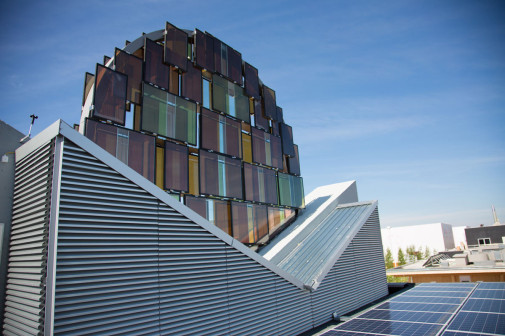 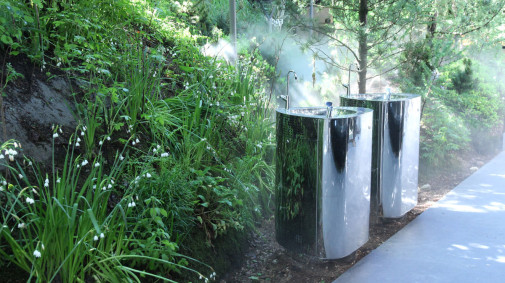 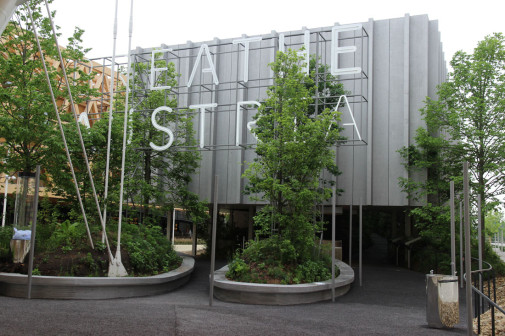 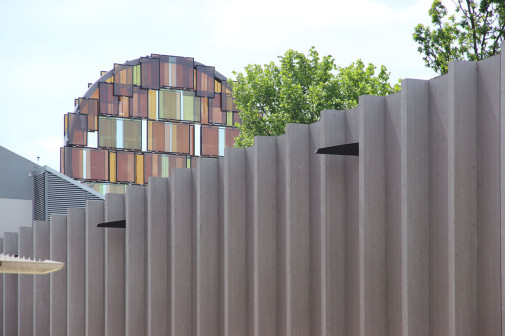 „When you take a breath, you touch a part of the planet, with the inside of your body“
Tor NÖ¸rretranders, Author 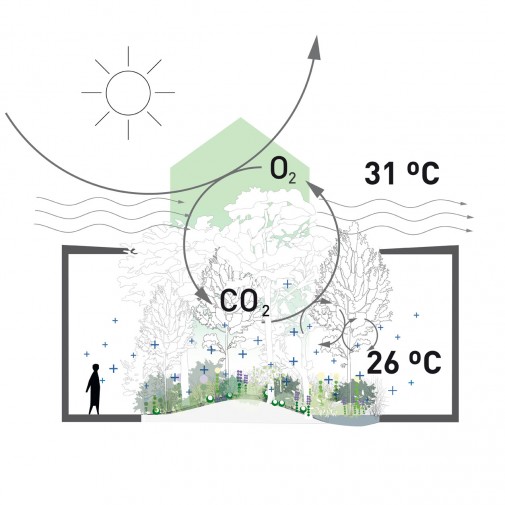 With ‘breathe’ Austria presents a pointed contribution on the of theme of “Feeding the Planet, Energy for Life” at the Expo Milano 2015. ‘breathe’ places nutrition at the forefront, as well as one of our most important resources at the center of international attention: AIR. Not only is Austria’s air quality very high by world standards and one of the countries most important characteristics, but air, climate and atmosphere connect also the entire planet. They are considered nutrients, information carriers, energy producers and resources.

A pavilion that performs like a forest
In the center of the pavilion there is a 560 m2 large forest vegetation area, which merges architecture, nature, culture and research into a sensual experience and produces an intense forest climate which generates clean, oxygen-rich air.

The exterior space in the interior
The pavilion forms a frame around a generous vegetation body and acts as a vessel for the performance of the internal landscape. With technical assistance the framed shape produces the micro climate of an Austrian forest. Wherever light enters the built structure, ecological growth and metabolism takes place. The vegetation of the forest area has a leaf surface area of about 43.200m2 which generates fresh oxygen, more than enough to meet the demand of the visitors in the pavilion and thus contributing to global oxygen production. This process is technically supported by evaporative cooling but is entirely free of air conditioners. In this way a dense Austrian forest can be recreated with comparatively natural measures, that is based on the cooling effect of evapo-transpiration of plants and the forest soil. The achieved climatic result differs significantly from the encountered air and climate in Milan and becomes perceptible.

An Open Source ‚air generating station’
The pavilion represents viewing technology and natural environments as a whole picture, that could inspire numerous other projects. The Austrian Pavilion creates a place which connects the seemingly incompatible; technology and natural diversity. Austria demonstrates that hybrid systems of nature and technology can be ecologically successful. The pavilion as a prototype acts as an intermediary which encourages discourse and ideas on renewable energy, smart cities, Cradle 2 Cradle, Zero-Carbon and Green-Tech. The pavilion as ‘air generating station’ can act as a climate stabilizer and can be functionally integrated into urban areas at different scales worldwide. In cities suffering from bad air pollution, such fresh air spaces could form oases throughout the city.

TEAM
Transdisciplinary “ working across disciplines
Global environmental issues are among the most important challenges of our time. In order to tackle the highly complex tasks of this challenge, we need the cooperation of many actors and to think and work across disciplines. For the Austrian Pavilion competition at the Expo 2015 in Milan an independent transdisciplinary group of individuals came together “ the team.breathe.austria. This design team consisting of Karlheinz Boiger, Lisa-Maria Enzenhofer, Markus Jeschaunig, Andreas Goritschnig, Bernhard König, Klaus K. Loenhart and Anna Resch has won together with the consultants Stefan Peters, Wolfgang Kessling, Maren Richter and Bernhard Scharf the competition. For the execution of the winning project has terrain: BDA architects and landscape architects – Klaus K. Loenhart assumed the role of general planner, the team mates were entrusted with various planning tasks.