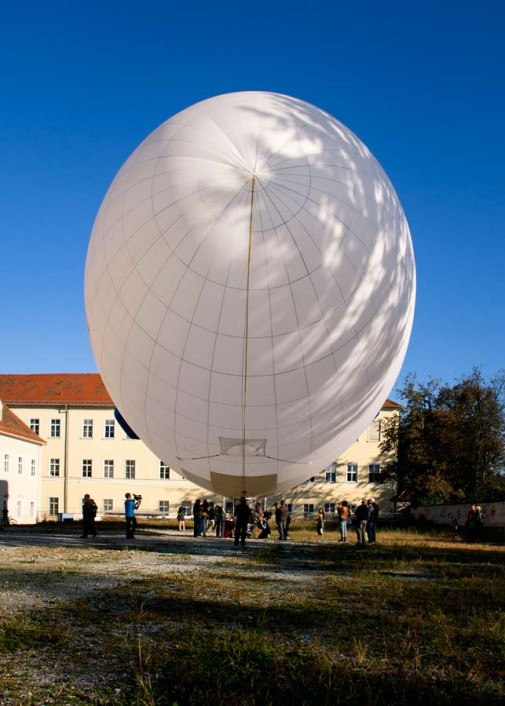 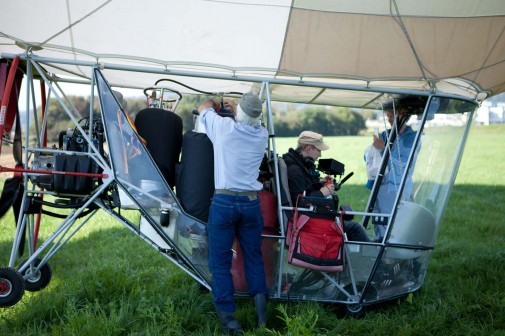 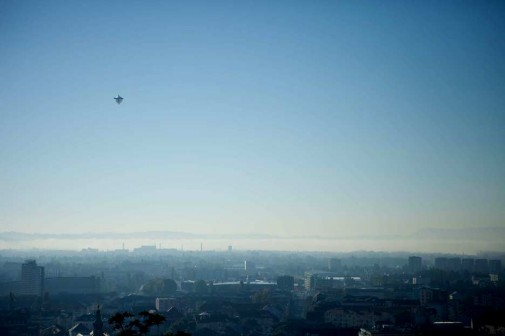 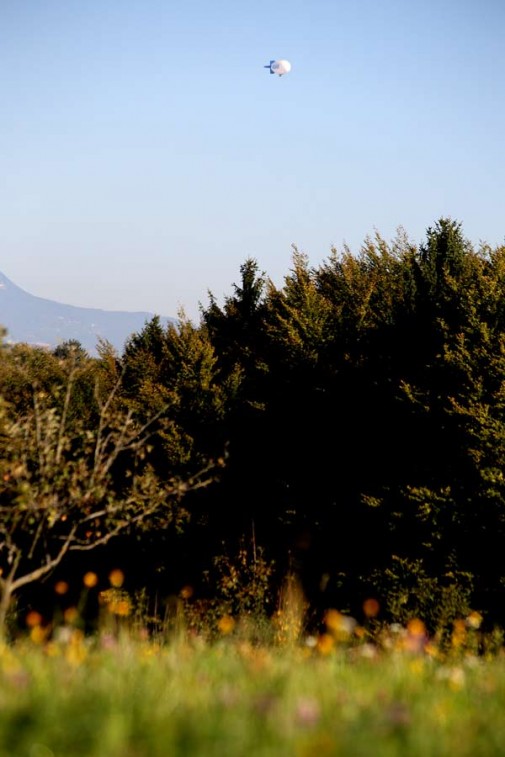 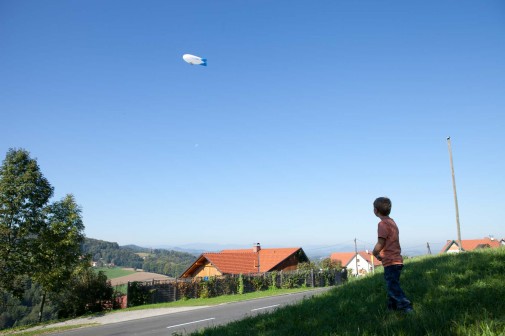 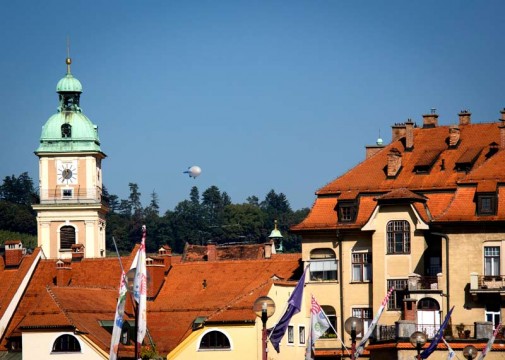 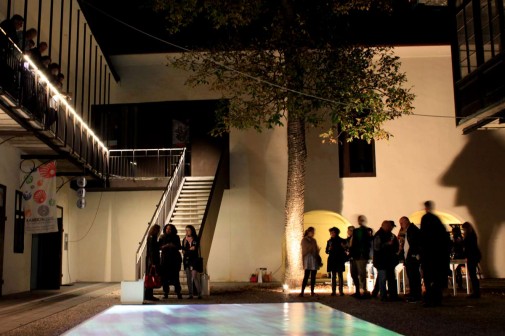 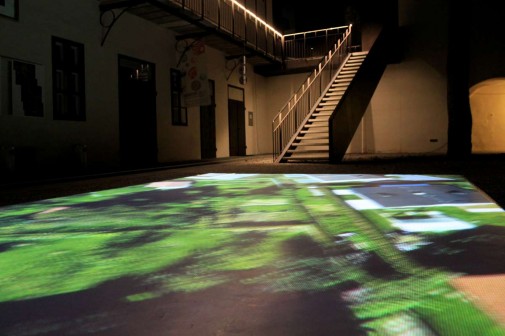 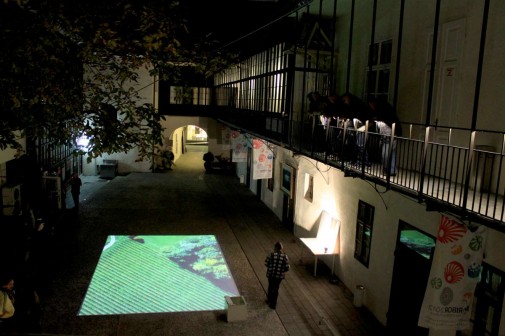 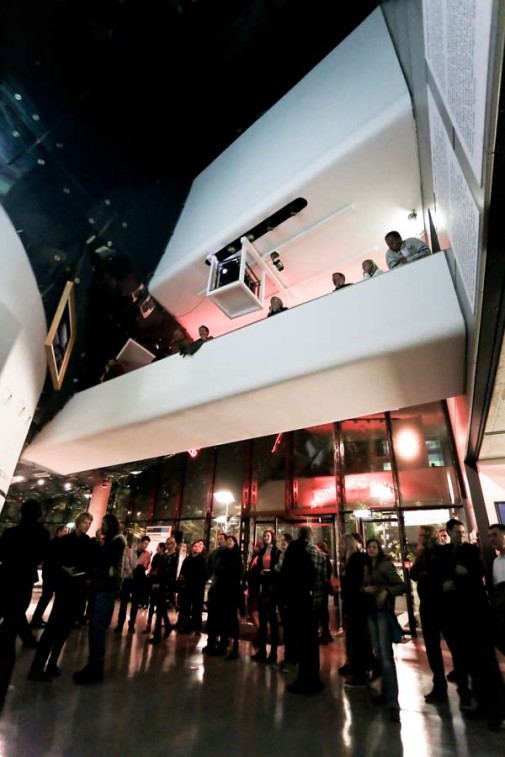 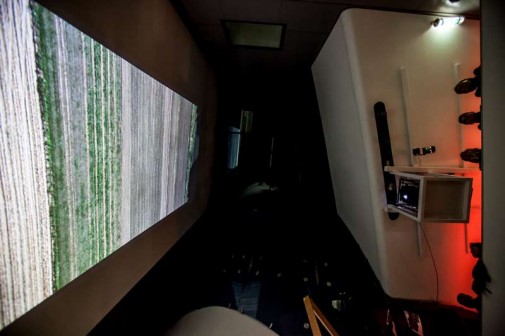 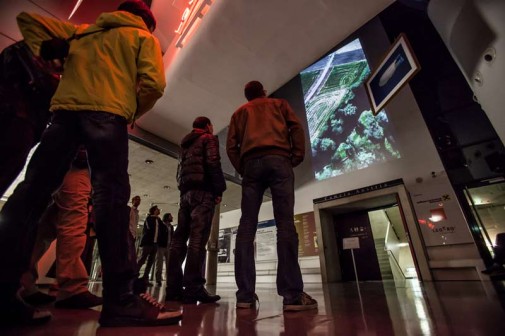 A 56-kilometer long line-flight directly from Graz to Maribor generates a continuously filmed portrait of the living landscape along a straight line between the two closest Cultural Capitals of Europe. A floating film recording from an Airship at about 300 meter height, perpendicular to the ground, produces a precise picture of the exact route (line) between the city centres: Hauptplatz Graz and Glavni trg Maribor in HD resolution. After the landscape video will be projected in the Kunsthaus Graz and in the courtyard of Vetrinj Mansion (Vetrinjski dvor). The Flight can be followed on 06th October 2012 via live stream on digital monitor systems at Glavni trg Maribor or Hauptplatz Graz.

In the face of serious climate, environment and resource issues as well as political and economic crises, it is clear that the fossil-based energy sources, industrial and economic systems – as they currently exist – are dead end models. In at least 100 years, we need to win our energy from renewable sources, which means that countryside and landscape, in the sense of global Biosphere, will gain importance in the future.
Under the title “Agency in Biosphere”, Markus Jeschaunig tries to decipher ecological, social, spatial and economic systems and develop and implement through art-based research strategies to meet future global challenges. The beginning of this practice is a special landscape inspection – a Line-Flight. The geometric shape of a straight line is measuring element through a grown urban/rural field. By the slowness of the pending motion along the line, a new image of the landscape can be created and raises the question of whether in the necessary awareness can be created for an upcoming energy revolution?

The landscape is the product of thousands of years of geological processes and “smooth-processes”, as the philosophers Gilles Deleuze and Felix Guattari describe the cultural interventions in the “straightened” space of unspoiled natural landscapes. The earth surface is in a continuous change – display earth. Mappings are temporary images and represent a negotiating state of discussion. New information technologies such as Google Earth create more precise images of the earth and make it accessible for broad mass. The Line-Flight adds to the (still fuzzy) virtual image, a real filmed landscape recording of continuous movement in high resolution. The aspect of adventure, exploration in the form of an Airship flight can be read as (re-) discovery of the field, which will play a key role in future for solutions to global problems, the landscape.

* The Biosphere is defined as that part of the atmosphere (air), lithosphere (earth), hydrosphere (water), in which the life on earth is unfolded, it thinks the planet as a whole. The term agency goes back to the British sociologist Anthony Giddens and describes the ability of an Individual in society to perceive problems, to think critically and develop solutions that can be implemented.